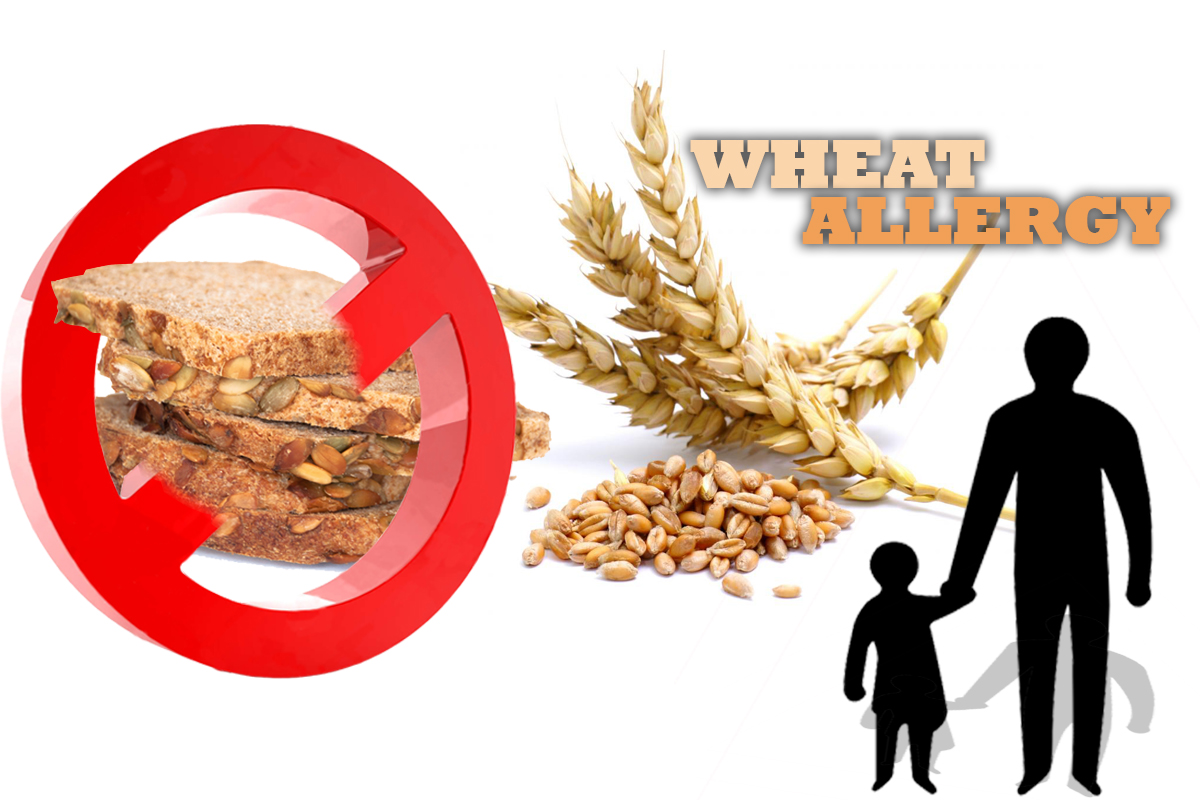 It may sound a bit bizarre to talk about an allergy, which occurs from the staple diet of many Indians. But it is the harsh reality, which seems to be growing by each passing day in India. It is the allergy, which creeps up ‘SILENTLY’ on anyone. CELIAC DISEASE or commonly known as Wheat Allergy, is an Immune reaction or sensitivity to gluten, a protein found in wheat, barley, rye, and oats. It is the disease, which occurs globally and has no socio-economic boundaries and can occur at any age to any one starting from a 4-year-old child to a 60 year old person.

It is no more considered as a disease of the west, but now is an impending epidemic in India. According to Ms. Ishi Khosla, Clinical Nutritionist & President, Celiac Society for Delhi “Celiac Disease is certainly more common than previously appreciated. Fairly common in the West with 1 in 100 people in Europe and 1 in 133 people in the US, suffering from this disease. In India, although data is not available so far but it is estimated that nearly 1% of the population in India suffers from Celiac disease”.

“Life was tough, when my four year old daughter was diagnosed with Celiac Disease. Being a mother I could feel her pain when at Birthday party’s she could not eat anything. As celiac patients are not supposed to eat wheat or gluten based products.” said Ritu, mother of a Celiac patient.

So how one gets to know about this problem or what are the symptoms to look for in one’s body?

Absence of typical symptoms makes the diagnosis difficult and often leads to ill health and life threatening maladies. People with hidden celiac disease are more in danger as they are at a higher risk of developing severe form of malnutrition, non-specific ill health and if remain unnoticed can prove fatal. “Today there are many screening blood tests for celiac disease but the most sensitive and commonly used, whether symptoms are present or not, is the tTG-IgA test. Tissue Transglutaminase Antibodies (tTG-IgA) – The tTG-IgA test will be positive in patients with celiac disease”said paediatrician, Dr. Abhishek Nair.

“My daughter used to fall sick very regularly with some or the other Infection. For many days we could not understand the real problem. After many clinical tests she was diagnosed with Celiac Disease. It’s a life long disease but gluten free diet has helped restore normal life” added Ritu.

It does take a toll on one’s body but plenty of gluten free options available in the market make life a bit easier for the celiac patients. Since, now the diagnosis has become easy with the serological tests, the awareness for the disease has also increased in India.

Dr. Nair also says that “Being a Paediatrician I handle many cases of Celiac but the bigger problem is the affordability of gluten products. For someone who is not very well-off, It’s not easy to buy all those products. I have many such patients who become malnourished due to the same reason”.

Kirti Bhatia, Owner, Savorlife products is selling gluten free products for last three years and says that “The demand for my products has been increasing as the number of cases is going high every year. We make many gluten free products like gluten free flour, multigrain bread, pizza base, burger buns, cakes, muffins, bread and much more”.

But still in India the options are still very less as people with wheat allergy does not get gluten free food, everywhere. Ms. Khosla also believes that “Getting gluten free food in developed countries is easier as food labeling is better, conveniently packed food is available and restaurants and fast foods provide gluten free choices. The same however is not true for India, so far”.

REASONS BEHIND THE GROWING NUMBERS IN INDIA

Wheat is a staple food of North Indian cuisine and also eaten in some other parts of India for generations. It becomes a harsh reality and difficult to believe for an Indian. Is there any way out? What are the possible reasons for such increase in numbers of celiac patients? OFFDHOOK tries to find out more from Professor B.S.Ramakrishna, Director, Gastroenterology at SRM Institutes for Medical Science, Chennai.

He gives us three possible reasons responsible for this increase in numbers, specifically in North India.

(1) The quantity of wheat people have been eating (per capita consumption) has probably increased since the time of Independence. Prior to that, in British India, food was not so easily available and there were even famines in the first part of the 20th century.

3) There is also a theory that people around the world are becoming more prone to allergies because of a reduction in the Infectious disease that used to be so common in the population 40-50 years ago. This lack of exposure to Infection is believed to lead to increased allergy – the so-called “Hygiene Hypothesis”.

So is there a way to stop these growing numbers? Also, is the Medical Fraternity trying to find a permanent solution or treatment to curb this lifelong disease? Is there any ray of hope?

“The only way to stop the growing numbers is to identify why the numbers are growing. At a population level this could involve changing the kind of wheat that is grown or eaten; it could involve eating less wheat and adding other cereals to the diet. There is evidence that the total amount of gluten eaten per day over a long period of time is important in leading to celiac disease if one is predisposed to this” says Prof. Ramakrishna. He also added that “ The Medical Fraternity generally feels that giving up wheat is a better option than taking steroids lifelong. Efforts to find simple ways are ongoing because of the magnitude of the problem in the Western world”.