Amma, Tell Me About Holi! 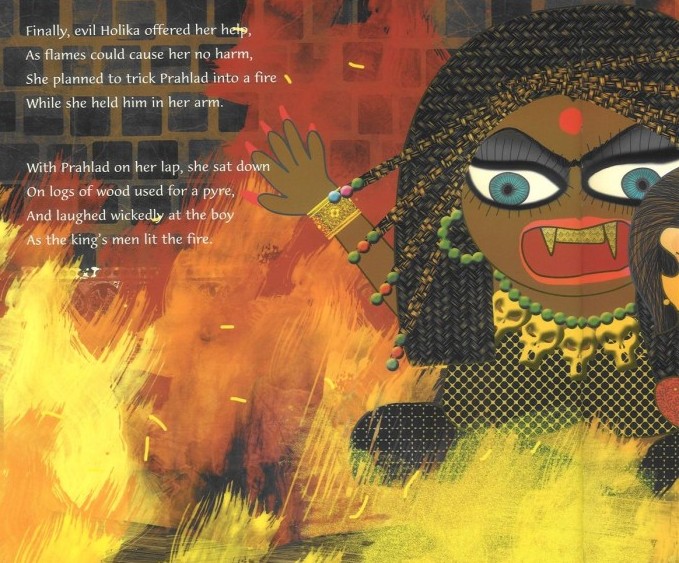 ‘Amma Tell Me About Holi’ India is a country where every child grows up hearing folktales and fascinating stories of good and evil. Of Gods and Demons. Of Ramayana and Mahabharata. It is a strong medium of storytelling, which helps in conveying even the powerful messages. Stories, which form the backbone of Indian Mythology, are a great source for parents, to inculcate interest in Indian culture in younger generation. Different stories in Indian mythology have been passed from generation to generation either by word of mouth or through carefully stored scriptures. Indian mythology is a vast treasure house, where kids have lot to explore.

The world of picture books

Today picture books represent a unique literary form that blends stories with art. It’s very important to get kids hooked to illustrations of a picture book. Illustrations can draw in even the most reluctant reader. Pictures are an easy way for children to explore the world with their own imagination. Children connect with character and events with pictures and illustrations. It’s a way for a child to learn emotions and a process of making empathy and compassion for others.

The diverse culture that India possesses is surely full of mythological stories and characters. One such attempt to help children know about this diversity and Indian mythology is made by a private banker Bhakti Mathur. She is a creator of the ‘Amma tell Me’ books – a series of picture books about Indian festivals and mythology for children in the three to nine year age group. Her series has grown with books on the festival of Diwali, Holi, Ramayana, Krishna, Ganesha and Hanuman. Amma, Tell me about Holi!

“The real motivation for writing the ‘Amma Tell Me’series was to share with my sons the fascinating stories from Indian mythology that I had grown up with” says Bhakti. She also added that “ there were no resources that were simple to understand and that captured the rich imagery of mythological India that is such an Integral part of these stories for me. So I went ahead and started writing the stories in a style that I think kids find fun and non-preachy and collaborated on the illustrations to bring out the imagery that I want my stories to convey”.
If you find it difficult to explain to your younger one, the true meaning of colors of Holi, then these excerpts from ‘Amma Tell Me About Holi’ will surely solve the purpose.