Some love to flaunt them, some love to walk them. They are no less than a celebrity. They have even walked the red carpet for that matter. But has life been a cakewalk for them? A question that always bothers me about pets.

Today, massive urbanization, along with rapid expansion of cities and metropolitan regions and the sprawling growth of high-rise buildings has left little space for us let alone the pets. With multi stories everywhere the growth today is more vertical than horizontal. There is a fight for every inch; there is not enough space for kids to play. Do you think our pets will have enough space to be their own selves?

It’s not that I have not had canines. I remember all my three furry friends running around the house. They had the garden and backyard to themselves, which gave them a lot space to play and exercise. However today the story is different as I live in a flat with no garden and backyard. Living in high-rise building and society one doesn’t have the luxury of garden and backyard. All that they have is balconies.

Today when I see them cringing for space in small apartments, I feel sorry.

Living in a multi-storied apartment one bumps into numerous problems every day. Moreover there are housing societies, which don’t allow pets at all. And the societies that allow pets are not pet friendly. Large dogs need space and to be able to run and exercise and spread out and so confining those to a small place would be cruel to the dog. Large dogs act crazy in small apartments because they feel claustrophobic. So in a way large dogs are not fit for small apartments.

Every time I open my door, she comes running to her door. She seems to be looking into my eyes and saying, “please take me along, if you are going out”. She blinks at me as she tries to coax me to take her downstairs (I live on tenth floor). She is ‘Cookie’ the cat in my neighborhood. Her owner has got her for her daughter. She can’t take her downstairs because of numerous reasons. Even though she is a Persian cat, bred to stay at home, but at the same time we all are familiar with a cat nature. They are Independent by nature so they would love to jump boundaries and lie in the sun. It’s not that her owner doesn’t take care of her, she makes sure that Cookie is given the best food and all the other comfort but I think even Cookie deserves a bit of her freedom.

If the humans get to go out in the open why can’t the cats?

Dr. Pradeep Rana, a practicing veterinary surgeon says “that some breeds of cats are meant to be kept at home but they would also love to be free and out in the open at times”.

Moving on to another case, few floors below mine is a family who has three dogs and two cats. It sounds great like one big happy family but when I think of three dogs and two cats in a three bedroom flat I shudder for space and cleanliness. How hygienic it is? Overcrowding often leads to health implications for both animals and humans. 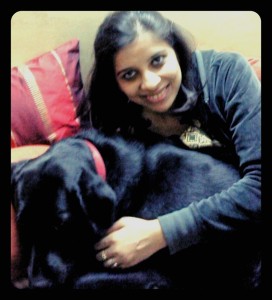 I can’t move on without mentioning my friend Rashi Bisaria. She has a Labrador named Masha. She loves her dog so much that she is spoilt for choice. She never forgets to celebrate her birthday. But being a working women she has to leave Masha at home. Though she has a full time help who looks after Masha but even then Masha often suffers from separation anxiety.

Dr Rana also believes that “dogs often suffer from separation anxiety if they left alone at home and in such cases one needs to ensure the physical and psychological well-being of the pet so that it is not stressed when left alone and therefore does not create a noise nuisance or become destructive”.

So If you are longing to get away? The idea of leaving behind your furry friend might be too much to bear.

Now moving a step ahead. Living in high-rise has been a problem as lifts are the only lifeline. Every time you take the elevator up and down there are chances that you mostly take it at least with one person. So if you take your dog for a walk the dog will be exposed to people in a confined space.

In that case you need to ensure that an animal is appropriately trained, particularly dogs. The training takes into consideration the feelings of others. For example, by training the dog not to approach anyone without permission and then to sit rather than jump up in greeting.

There is nowhere to take your dogs to poop and pee because most housing societies don’t allow a dog to do so on the property, therefore they need to walk that extra mile. A society needs to have a lot of open space for pets (and their owners) to r­oam as and then only it can be termed as a pet friendly society. Many of you may also say ’yahan insaano ko rehne ki jagah nahi hai and you are talking about dogs and cats’.

There have been instances when people had to vacate their flat just because they had a dog or a cat which people thought created a nuisance. People object to their barks and think dogs are a threat to kids.

There might be a difference of opinion but often I question myself that is a dog running on the road or basking in the sun happier than one running in the flat from room to the other.

Pets often face a Catch-22 situation. There are both advantages and disadvantages of animals living on their own. They have difficulty surviving on their own. And on the other side if you keep them as pet, they are confined to a house or yard, always dependent on you for their basic needs and social contact.

Dr Rana says “while making a decision about cats and dogs in flats, one should consider the size of the accommodation, access, other tenants, safety issues and the proximity of exercise and toileting areas”.

I don’t see a reason why pet ownership cannot be a pleasure for owner and a fair experience for the wider community. All that it needs is some thought, consideration and informed advice.