CHITRASHALA, is a visual treat of rare vintage graphics. Chitrashala is a journey, which takes you back to the era where any bollywood film publicity poster was an extension of the creativity expressed on celluloid. It also mesmerizes you with dazzling masterpieces of Indian calendar art from the middle of the nineteenth century to the end of the twentieth century.

Preserving the Indian cinema memorabilia and other verticals of graphic art is the policy lawyer of global eminence, Sumant Batra. His passion to preserve the art steered the idea to curate Chitrashala, a one of its kind private museum aiming to preserve the precious vintage Indian graphic art. Chitrashala is part of Te Aroha, a place of love. It’s a boutique hotel situated at Dhanachauli, near the Himalayan foothills of Uttarakhand. 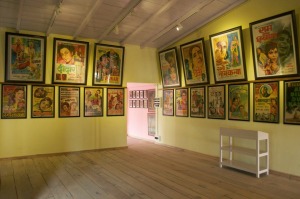 To give our young readers, more clarity we take a trip back to those beautiful yester years of Hindi Cinema. It is quite a task to tell you about the first Bollywood film to use the poster as a part of its publicity. But it is widely believed that first Hindi film to use poster for film publicity was Kalyan Khajina(1924). Thus the trend of film posters started, serving as media for publicity. Style meant to capture the real essence of a film, gradually graced the walls of theaters, tea stalls and markets. But the advance technology of digital media replaced the hand drawn lithographic posters and the magical art of poster making saw its own decline. 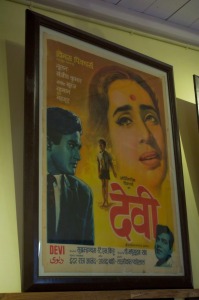 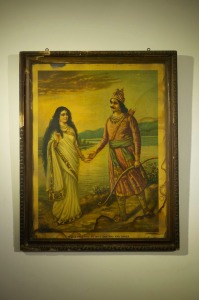 “The whole idea of curating Chitrashala has emerged out of my passion and love towards India’s vintage graphic art. It takes you back to the era when the creative artists made bollywood posters by hand. Museum covers a wide range of graphic expression. It portrays techniques that initialized advertising in India through film posters, lobby cards, film booklets, pin labels, fabric labels and various illustrations of Hindu Gods and Goddesses in religious calenders” says Sumant.

Chitrashala, displays in its gallery some famous art work of Raja Ravi Verma, known as the father of calendar art. His oleographs and chromolithographs rendered the images of gods and godesses in a way that it looked very real and made him the pioneer of calendar art in India. His famous interpretations of Hindu Gods and portraits of women can be seen at Chitrashala. 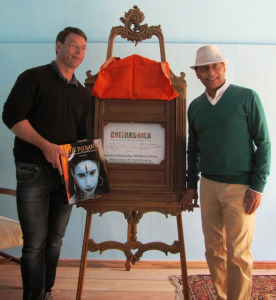 This effort of preserving the vintage graphic art was much appreciated by His Excellency Patrick Suckling, Australian High Commissioner to India “One thing that we noticed on arriving in India is there are few museums and fewer private museums. Sumant’s private museum is a big step that will hopefully encourage other collectors to step forward to display their collections. It has a wonderful collection of Indian vintage art, which deeply fascinates the visitors from overseas”.

Today vintage Bollywood film posters have remained only as a subject of interest for art lovers, collectors and historians. Posters served as media for publicity and advertising in the golden film era, regaled audiences with their Kitschy & bohemian style. Striking array of colors and typography was a visual treat and a hard work of some talented and very creative bollywood movie poster artists. “ It is not just about the art but the simplicity, dignity and honesty which shows in their art work. It is phenomenal and holds much more deeper meaning and significance to me”adds Sumant.

Minu Talwar, the iconic news reader from Doordarshan also remembers her visit to Te Aroha. “It was an absolute delight, the way it lead from one treasure of its wonderland to another, in its maize of Chitrashala surprises. Here I was absorbed in a quaint tapestry of vivid tale – telling match box covers of a bygone era, and there I was drawn to a series of lux Ads from the beginning of Lux soap times ! Sumant Batra has outdone himself. Already I look forward to my next visit !

Today, the digital era is in vogue and the art of making posters have long been forgotten. In the world of digitization, hand painted posters exist only in the museums. To Appreciate and acknowledge the fact, that there is an art called Vintage Indian Graphic Art, Chitrashala is a must visit.