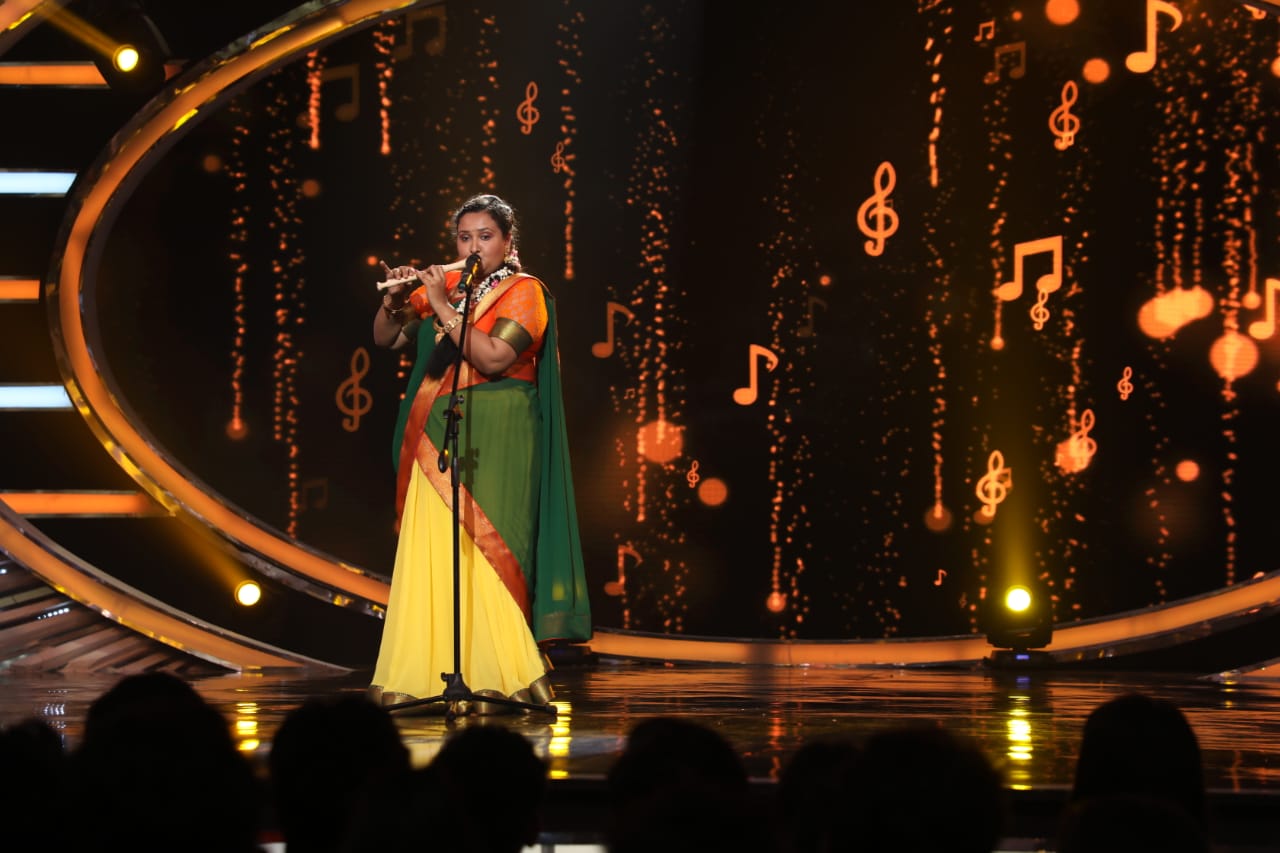 I feel pride in interviewing you today. I always had this curiosity of knowing a female beatboxer as I never found one. You are unlike those beatboxers who dress up in a particular style. Seeing you beatboxing in a saree first comes as a surprise but I am sure one’s talent has nothing to do with the attire. So, tell me when was the first time you thought of learning this art form?

I came across this art form when I was shown a video by one of my friends of Heymoonshaker beatboxing on streets. I was taken aback by the sounds he made. Prior to this, I was already a mimicry artist. I loved imitating not actors or personalities in particular but birds, animals etc. I could see people cheering me and enjoying as well. I wanted to take this to another level so I gradually learnt beatboxing by watching YouTube videos, almost four years back. I practiced for hours to reach a particular sound and it was quite easy for me as I had learnt singing for six years already and knew how the transformation of sounds work and then I thought I should blend my mimicry and beatboxing together and started performing it that way. I have performed it (almost 568 performances) in various schools, colleges and gigs all over the country. I hail from a small town called Mangalore. Wearing a saree was symbolical to say that art has no particularities of its own. You make it yours through the credibility you give by providing that art a platform through yourself.

Did you feel any societal pressure? How supportive was your family initially and how they believe in you now?

My family has always been supportive. But sometimes the thing which bothers me is you aren’t given a platform just because you are a girl and they think you cannot beatbox the way guys do. My family has supported me for everything till now but I feel this discrimination somewhere from the people around, sometimes. Not all the time though. And I think people haven’t accepted the hip-hop culture as a genre yet and that’s why it’s sometimes difficult to get a platform in small cities like Mangalore and especially for girls.

As an art form this art is still to get its due credit and sometimes it can be bit disappointing as well. How do you deal with this kind of response towards this art?

Just the other day when gullyboy was released I had to go alone and watch the movie and none of my friends accompanied me. People do like what I do. They admire the talent but not the culture and the art. Not even my family would. It takes a lot of time for an art to establish itself in this structured society and mindset of people. But as an artist that wouldn’t bother me. Initially, It bothered me but today I have realized I was meant to do this and I love what I do. And it’s my responsibility to keep this going and not fall apart for what people or society thinks.

Beatboxing is mainly dominated by men, do you sometimes feel left out or you deliberately keep a low profile?

Yes, it’s often. I am a part of certain WhatsApp beatboxing groups and I’m the only girl there. But guys there in the group are very supportive and encouraging but that’s not the case everywhere. I have attempted for a biggest reality show of India ( I wouldn’t like to name it) for almost 4 times now. Some of the members of the crew have informed me that I do my best, but I’m not being selected because I’m a single female performer. The another reason I don’t get enough exposure is because I stay in Mangalore and most of the beatboxing battles happen in Bangalore and Mumbai. But guys are gradually accepting and encouraging girls entry in this art form. But you tend to feel left out and unsafe sometimes.

How you plan to take your talent ahead?

I wish I had enough money. I would go around all the villages and towns and would teach young girls beatboxing. You do justice to an art form by taking it to another level altogether and giving it it’s identity by providing it to the society. I have got it. I would like to give it to others too. I dream of creating a passionate group of young lads who can take the hip-hop culture to another level for the generations to come. I hope this will be a platform not only for me but all the young artists out there.