Literacy Paved the Way for Leadership 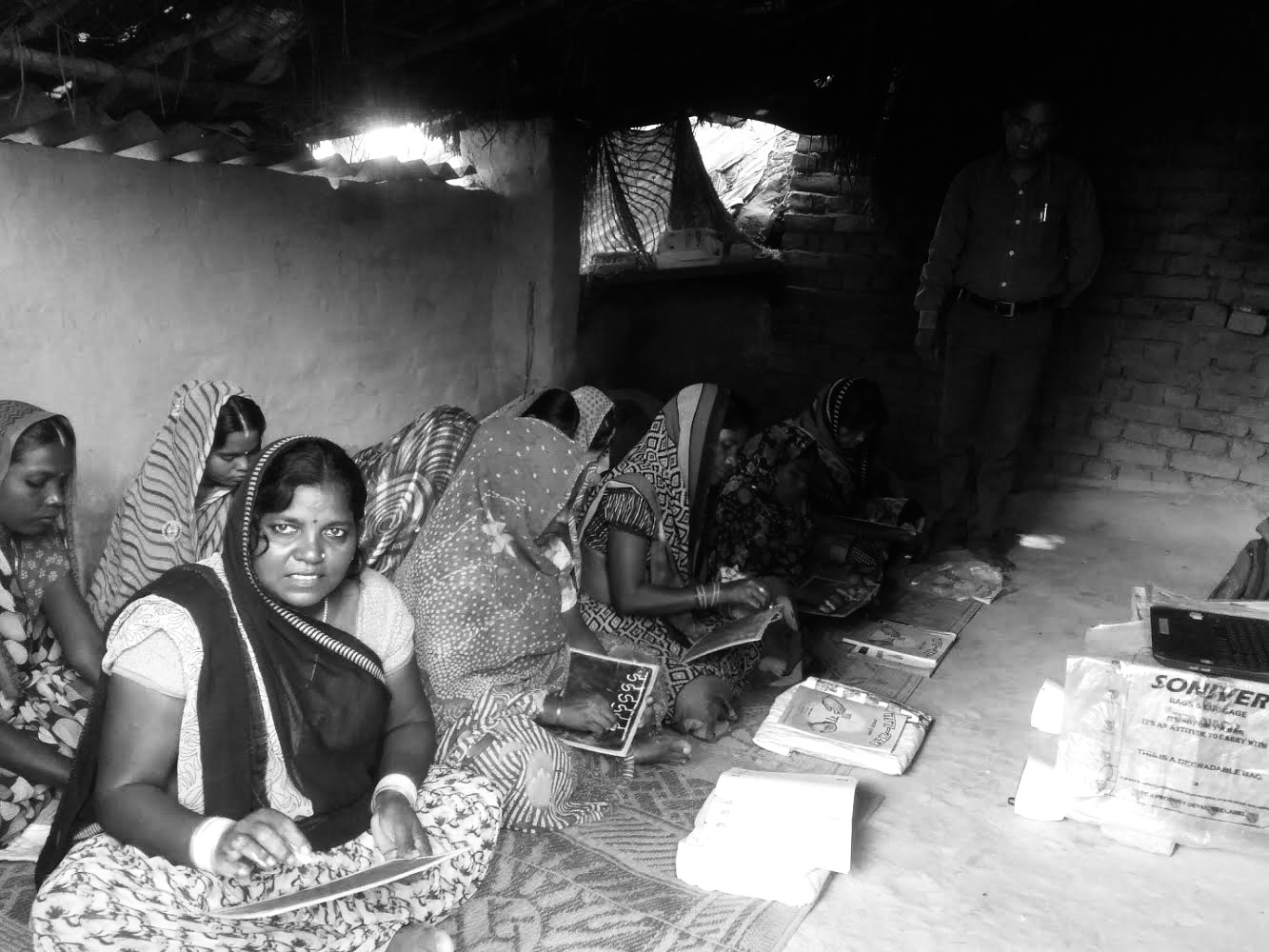 Having worked in the development sector for last so many years, I knew this is one thing that I always wanted do on my blog. Stories of change/inspiration from the rural India. Women in rural India have always inspired me in one way or the other. Their courage to speak, zeal to learn and build one’s own identity is simply mind boggling. Starting with the amazing story of Kalui Devi who has become a role model in her village with the support of TARA Akshar+ literacy initiative of Development Alternatives (DA) Group. It is a premier social enterprise with a global presence in the fields of green economic development, social empowerment and environmental management.

Her life was not easy

Kalui Devi, a mother of five, had aspirations to become independent and see a gender equal future for sons and daughters of the village. Living in Chakjudawan village in Aurai block, Bhadohi district of Uttar Pradesh, she was loosing hope and determination. Trapped in the patriarchy and rampant poverty , her village could not make any progress for several years. She saw young women miss out on getting education, skills for employment, owning businesses, and having a say in matters of village management. Women in her village were confined to the unpaid labour of managing the household and rearing children and not being included in the public sphere.

Kalui Devi was full of dreams as she wanted to sign her name on documents, instead of using a thumb impression. She wanted to read signboards, travel by herself, help in managing the accounts of the shop that her family runs, and most importantly wanted to be a source of inspiration for her children.

One fine day, she happened to visit TARA Akshar+ centre in her village and decided to alter her destiny. She took a decision to join TARA Akshar+ in the hope to gain literacy and build an identity for herself. Through the 56 days ICT based programme of TARA Akshar+ she learned to read and write. She was then encouraged to join the Gyan Chaupali, which runs for 6 months post TARA Akshar+ programme. It aims to impart comprehensive information, general knowledge and strengthen the literacy base of learners. It compiles a plethora of components into an all-inclusive package to weave in the application part of literacy to their lives. Apart from reading and writing practice, other forms of edutainment and informative sessions are also held. Here she learned about nutrition, environment, finance, women’s rights, and gained entrepreneurial skills. This was just the beginning…..

With newfound confidence and skills, she ventured into starting her own small business. She realised that unlike yesteryears where everything was packed in paper, cloth, or glass, today plastic had taken over our lives. With the growth of the use of single-use plastic, her village would often be littered with plastic waste. This inspired her to start her own enterprise for making paper bowls, with the twin objective of starting a women-led business that would further employ other women, and would also create a positive impact on the environment. As her sustainable business for durable, cost-effective, and recyclable paper cups prospered, she started to earn around INR 5000 every month from it. The governmental bodies in the village also took notice of this and began to regard her as a ‘change maker’ in the field of environmental protection and advocacy.

A woman who until recently did not possess literacy skills is now seen as an educated and socially aware leader in her community, who had not only turned around her own life but also managed to create an impact in her village. For her efforts in this field, Kalui Devi was selected as a Sanitation and Water Conservation Motivator under the Swachh Bharat Mission, a Clean India Mission championed by the Indian Prime Minister.

With this huge honour and responsibility, Kalui stepped into a new role as an environmental advocate. She is also awarded multiple times for her contributions. She become a flag bearer of change, and brought the attention of the high governmental officials like the district magistrates to issues of women empowerment. She courageously spoke about the hurdles women have to face, and how their lives can be transformed for the better through literacy and capacity building initiatives. The officials were impressed with her dedication and invited her to co-create solutions; they also supported her to start her own Self Help Group, a collective to transform lives through social and economic empowerment. The government further helped the SHG members to set up a poultry farm by providing 50 chickens and a fixed monthly amount for their feed and other essentials. 24 other women from the same area have also become literate through the TARA Akshar+ programme. With her dedication to the cause of women empowerment and sanitation, she has become an inspiration to many others in her village. Regional and National newspapers have visited her for her story, and she continues to engage with the government on issues of rural development.